Did Prince Just Say Goodbye to the Jehovah's Witnesses? 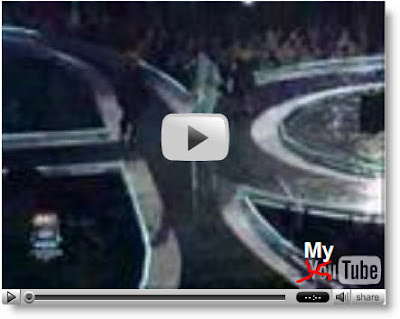 Any music fan who watched the Super Bowl last night could rightly walk into work this morning and say, "Did you see the bears and colts play football during Prince's Concert?"

It was that good. And, at other levels, it was interesting too.

For any artist familiar with the restrictive, cultish tactics of the jehovah's witnesses, watching the halftime show at this year's Super Bowl represented a lot more than catching a great live concert by Prince. The entire performance was riddled with symbolism that could only leave current and former JWs doing double take after double take, wondering what Prince was trying to 'say'.

I think Prince's merging of All Along the Watchtower with Foo Figher's The Best of You, followed up by Purple Rain, performed while doning his classic symbol, his signature guitar magnified as it rippled against the night sky, full and phallic, larger than life against a ghostly white backdrop, was Prince's way of saying goodbye to the Organization, was Prince's way of saying, "you're not messin with me anymore."

It's not a simple thing -- the passionate belief and seeking of Truth, the sacrifice of self, the heart vs the mind, all targeted by well-honed thought control vs the single thread of hope for what being human means: Freedom of thought. You kind of have to have been there to grok it.

What I think? That Artist giving that performance at that event, performing those songs that way, wearing that symbol on that stage -- I think he just said goodbye to the Watchtower.

And if he didn't, and they don't disfellowship him for that display, well--it only further demonstrates the hypocrisy of the JWs that makes for madness in those who've ever been shamed at a Kingdom Hall.

All along the watchtower,
Princes kept the view,
While all the women came and wept —
Their foot servants too.

Outside in the cold distance,
A wildcat did growl.
Two riders were approaching, and
The wind began to howl.

Are you gone and onto someone new?
I needed somewhere to hang my head
Without your noose
You gave me something that I didn’t have
But had no use

Has someone taken your faith?
It's real, the pain you feel
You must
Confess

I’ve got another confession my friend
I ain’t no fool.

Posted by Jeneane Sessum at 8:53 AM