Back Then I said:

"Okay, so blogs can get tiresome--I'll give you that. But that's because this blogging thing is part of an evolution. It's not the answer. The destination. It's not anything really except another platform for voice--a really no-cost-entry easy-to-use platform for anyone who knows how to open a browser. Does that mean the rifraf can get in? Oh yeh. There goes the neighborhood. Good."

For these things alone, I'm glad I took the joy ride.

Of course, I'm no richer for it.

Somebody owes me some doggone green.
Posted by Jeneane Sessum at 9:41 PM 1 comment:

I am grateful for the voices

"I said in comments to someone else's blog a few days ago, that some months ago, I'd taken in a young dog, and had become aware that if his life expectancy is normal for his species, there is a fair chance he will outlive me; in other words, I'm no longer the middle aged guy I've described myself as being for some time, I'm a guy on his last dog."

"But in the pocket microscope, I caught a glimpse of that old scar, and found it had a complexity and strangeness I've long ignored. In a strong light, I examined it freshly through the little lens, and looked anew at its spidery, faint contours, memories carved in my flesh of my own various stupidities, but a record I didn't control in its making, that is its own map of that day. I became momentarily fascinated by the rest of my hand, marked all over with the bad outcomes of accidents, investigations, and procedures or equipment not well enough understood. My hands are ugly enough at the normal scale, but examined a millimeter at a time, they are each a living horror, tolerable only for being abstract in their grotesquery, under a twenty power lens. After more than fifty years of living, I realized that there is no part of my left hand that hasn't been, at some time or another, at least superficially injured. That hand is literally one big collection of small, forgotten scars, but continues to stubbornly embody a stoic power for its functions. And I thought that was a pretty good description of my larger self, as well. I am become, all over, scARboi, stubbornly plodding along."

"For better or worse, I am the subject of all my pictures, even those in which I'm nowhere visible."

"I drive past a beaver dam on my way to work. It's in a little lake area and looks quite lovely, set against the foliage backdrop, very rural, picturesque. Today when I drove by I could see that it had new sticks on it. Someone actually lived there. This wasn't stunt nature, this was the beavers living nearby, and doing their beaver things. It's one thing to have a little tree sticking out of a sidewalk that provides some shade and stands in for the forests that used to be where the newspaper boxes now are...."

"I read a book recently about how to co-exist with wild animals. The author starts from the position that at some level, we have moved into the homes of the wild animals, so we should not be surprised that they see our territory as theirs. All of this is just a roundabout way of saying that I like living here, where the beaver builds its home within viewing distance of the road, and where the bear eats the fish that we think we can just "grow" for ourselves."

I'm Not That Adam Levine

Hysterical things like this make me love the net anew.

How else would we ever be able to listen to the answering machine of some random x dude in Los Angeles who happens to have the same name as the lead singer of super popular band Maroon 5, which again would remain unapparent to you and I, if we weren't here, but turns out since we are here, this is so freaking funny because of all the idiots who call random Adam Levine thinking he's "that" Adam Levine.

Thanks to Brad Sucks for the hoot.
Posted by Jeneane Sessum at 12:09 AM 1 comment:

__ It shall be illegal to use the term "I endorse" on any weblog, political or other, unless the phrase is used in complete jest or to point out the stupdity of bloggers who think they are all that and therefore have the import to endorse anyone or anything.

This is also known as the "Get Over Yourself Already" amendment.

To make the blogosphere stronger at home and respected again in the world.
Posted by Jeneane Sessum at 10:43 PM 1 comment:

I'm always amazed by the way my baby thinks. She's seven now, and her mind is exploding in her new school, which is good. She's challenged. Some stuff is finally "too hard," she says. I say good. It's about time.

We were talking today about how we went to Chuck-E-Cheese last Halloween to avoid the neighborhood hubub and have relative fun at a relatively safe place. She admitted to having a good time, but remarked that there weren't enoug kids for her to play with that night.

I objected. "Jenna, you made a few friends that night if I remember right."

"Well there were a couple. I knew there would be because of the shoes."

A stumped mom stared at her. "The shoes?"

She then explained to me the very logical -- if previously secret -- process she uses to determine the likeliness of friend finding on any given evening at Chuck-E-Cheese.

I remain dumbfounded. Even as of 10:45 this evening.

I made dinner at Shelley's IT Kitchen tonight.

You should see all the gadgets she's got in her junk drawer. I mean the whi... Ooops. I promised I wouldn't tell. Shit. Sorry, Shelley.

Read/write more on the IT Kitchen WIKI.

Thank you to Shelley for ramping up these seemingly impossible projects that make me want to stick around and blog for a while longer.

Elaine's getting her vote on with a lot of informative links over on Kalilily Time. I'm clicking through the funny ones. And some of the serious ones too.

I hate this time of year every four years. So please read Elaine if you want to know what to do in the voting booth.

God Bless The Child That's Got His Own 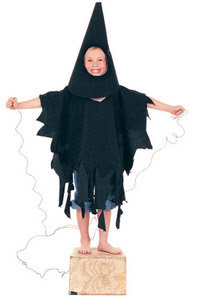 I missed Gonzo Engaged's birthday on October 14th! SHIT! I'll have to send it a card.

This one's for Marek.
Posted by Jeneane Sessum at 1:28 AM 1 comment:

I can't wait til December...

Because then I get to write -- for like the fifteenhundredth time -- Jo Ho Ho, Merry Christmas!

Which is made even funnier because David's Jewish. Just in case you didn't know. You know, like if you're from Alabama or something.

I don't know what it is about JOHO's name, but I find myself giggling in public places (escalators mostly) from the funny JOHOisms that pass between my ears...

And, Jo ho ho and a bottle of rum.

Locke and the Spammers Sittin' in a Tree

Only The Man could make a case for spam. He looks at it like a nicely wrapped box of virtual canvases from friends and fans around the world.

As we say here in Atlanta, He Crazy.
Posted by Jeneane Sessum at 1:14 AM 1 comment:

Don't Try This at Home

Never never never ever, and I mean never, accidentally unplug an uncharged laptop in the middle of a Microsoft Service Pack Update. Okay, never. Got it?

This I did on Friday.

It was not a good day.

With perfect timing, the install was riddling through .dll files at the time of power interuptus. Sweet Mother Mary, that's all she wrote.

When I rebooted to attempt to pick up where I left off, I found that I was left off a cliff. My desktop wouldn't load. No icons. No status bar or start menu. Just a really nice picture of a landscape like one of those relaxation waterfall deals.

I'll save you the trouble -- save me the remembering -- of the last day, which included having to restore XP. Although I came up with a quirky workaround for copying my most important files (only one at a time--no ctrl key) over to my D: drive (I'm partitioned) using a combintion of techniques (task manager/new task/browse/click/ctrl+c/dropdown/D:/ctrl+v), I lost my email file and all my applications.

So I've been rebuilding. A little at a time. And it's safe to say that if I've ever emailed you in the past--like over the last few years--I don't know how to write to you anymore.

So, Hey. Hope all is well. Things are peachy over here.