It's ze all the way.

Thanks for the chuckles frank. :-) 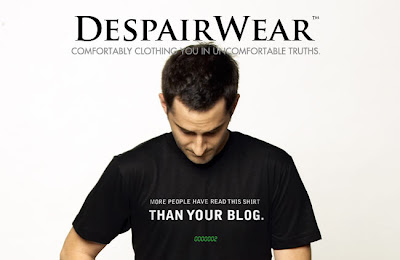 Posted by Jeneane Sessum at 5:07 PM

What the hell is Technorati doing with Authority & Rankings the past month?

Dave's been in my home town enjoying the local past time - eating good food - and has taken great pix of my favorite landscape and old hometown during his visit to RIT.

Meanwhile, my T'rati Rank has fallen from the 2,000s to the 3,000s to the 10,ooos to a personal low of 25,254. And my Authority has fallen from a high of 800-something to a low of 200-something. Granted, as for the Authority number, I haven't a clue as to its meaning, but it seems to me that high was better than low, because when I was high they put a cool microscopic badge next to the Rank that said "Top 5000." Now high is the new low, except of course for the Men and Media Conglomerates of the Top 100, who stay pretty much the same give or take.

I mean, compared to the other quirky blogs, I have more fans, have certainly been around longer, and am pretty damn quirky. So why is my authority equal to bloggers with 1 and 2 fans?

I end this post in the way that every blogger ends the obligatory post about their ranking and authority numbers: OH I really don't care about this stuff. It's all a bunch of smoke and mirrors masquerading as a business model. Blah blah woof woof. So on and so forth.

Except that I do care.

I'm just not sure why.

...then comes chickadvisor in the baby carriage. Nice story on how Ali and Alex started the social shopping site in The Star's small biz section.

Labels: shop til u drop 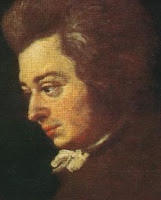 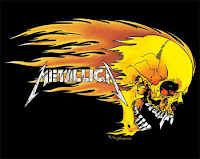 Labels: spinnin wheel got to go round

26Invisible Man say, “I can has man that look like me.” He rulez. 27Invisible Man make man like him, boy and gurl. 28Invisible Man tell man, “ur in mai Earth, pwnz0rz mai aminulz.” 29And u eats fruitz. 30Aminulz eat greenz.

Kara Swisher has a great post on the immature nature of Facebook apps. See, here's the thing: immature and silly is really fun at first because it's fun-ny at first. But once you've filled a few fake fish tanks, posted to a few groups, planted a few pretend gardens, and caught a few hot potatoes, you start wondering if you might be spending that time billing or planting real gardens with your kids.

Kara says she's done burning brainpower on whether or not to catch spuds:

Right now on Facebook, I have been trying to decide what to do near on two weeks or more, after receiving a “Hot Potato” tossed to me by my old boss, Washington Post Co. CEO and Chairman Don Graham (oh, yes–his family also owns a key hunk of the legendary paper, too).

For those who don’t know what a digital Hot Potato is: It is a widget (also called a third-party app) created by a very nice-looking group of guys at a design outfit called Hungry Machine for the Facebook platform.

She says she gets it. I think she does get it. I get it too. You get it, right?

I'm all for stupid things. Hell I sometimes AM the stupid thing. I can even manage some guilty giggles for an imaginative group name even when people around the world are dying. But there is something toddleresque about these kewl apps that feel very much like a child who does something cute, thereby eliciting uproarious laughter from his relatives, so then he keeps doing it until you're so sick of him that you want to toss him like a hot potato.

Kara asks: "...if that is all there is, can Facebook really build a viable and long-lasting business on what is essentially a bunch of games that will ultimately become wearying for users? Doesn’t it need more robust apps that actually are useful and relevant and make Facebook the service that Zuckerberg has often told me was a 'utility'?"

I believe with all my heart that play is the killer app of the Internet. So I'm all about the proliferation of just-for-fun widgets on Facebook. But I am also expecting more. I'm expecting to be able to accomplish as much on Facebook as I can on the net as a whole. I expect to be able to share and collaborate and engage and generate STUFF. Because the most productive form of playing is making stuff.

But a gazillion people can't be wrong - and Facebook is definitely the "in" social network. As much as I try to forget about Facebook and spend more time being productive, I do get pulled back in a few times a week.

After all, I have fish to send, Scobles to feed, and a garden to tend to.

Give or Take a Mil

I notice that Stowe's and Mike's feedburner subscriptions are up somewhere between a few thou and a cool mil. Google Juice or God's Gift to Guys?

These spikes have been noted before, but I guess recent jumps in numbers have been, uh, big.

Labels: burn my feed, google bump, read me feed me

I See What AKMA's Saying

we all have our musical preferences. ;-)
Posted by Jeneane Sessum at 10:49 AM

Singing the After Monday Night football blues. twitter that.

Labels: dallas makes me puke, go defense, live a winter in my shoes, my bills

Is this fair? Kiss my ass.

There's nothing I like better than a dejected cowboy.

Are you ready for some football?

Mashup: Pimp My Ride and the Wayback Machine

Doc takes a shot at remembering all the cars he's known and loved before. And you?

1976 pacer bought for $100. My first car. I duct-taped all of the holes eaten away by rust and spray painted the whole car with blue rustolium. Drove for 2 years.

1982 Chevy Cavalier station wagon. Free - inherited after my grandmother's death. Drove over 100,000 and gave it to a friend.

Labels: no bmw, what you drive? duct tape

intimacy and the internet

It seems there’s an inward-facing circle scattered around San Francisco and its peninsula; they’re smart and experienced and money-hungry and very alert. But when the next big thing comes along (and I love this business, because I know it will) you won’t have to rely on the professional noticers to tell you because it’ll touch your life directly. Probably by opening another conduit for the flow of ambient intimacy (that link showed up on one channel or another while I was writing this; dig it).

thx, stowe.
Posted by Jeneane Sessum at 9:16 AM