so there was this tea place near art camp... 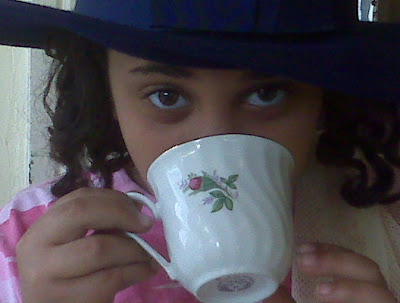 Posted by Jeneane Sessum at 12:08 AM No comments:

it needs to stop that shit.

Labels: get the lead out google

DEFinately the guy you want dealing with China, Korea, Japan...

"I hated the gooks. I will hate them as long as I live."
--John McCain

My PTSD isn't as bad as this guy's, and you don't see me running for President.
--Jeneane

The doctors said McCain explained that while in solitary confinement he created for himself a fantasy world in which he lived. The doctors said McCain always heard the guards coming with his food, but "was often so much in his private world, that he strongly resented their coming around and bringing him back to reality by intruding. He was enjoying his fantasies so much."

Members of the two major POW/MIA family organizations know the "real" John McCain and they despise him. They have experienced firsthand his cruel, angry temperament.

In 1996, McCain encountered a group of POW/MIA family members outside a Senate hearing room. The family members were some of the same who worked tirelessly during the Vietnam War to make sure Hanoi released all U.S. POWs - including POW McCain.

McCain immediately began quarreling with the POW/MIA family members, who were eager to question him on the issue of what happened to their loved ones.

Instead showing courtesy and appropriate compassion by answering their questions, the Arizona senator pushed through the group, shoving them out of his way, nearly toppling the wheelchair of POW/MIA mother Jane Duke Gaylor. Her son, Charles Duke, a civilian worker in Vietnam, is among 2,300 American POWs and MIAs still unaccounted for by the communists.

McCain's temper is legendary. Think this is why he is refusing to release medical records?

Posted by Jeneane Sessum at 11:38 PM No comments:

Labels: I meant spooks but it came out wrong, No I said COOKS, PTSD for President, Trauma is as Trauma does

I haven't made the $10-per-post day-laborer blogging wage cited in the 'blogging and death' article that is making the rounds today, or I'd be celebrating $50K pretty soon. Now, have I made $50K through connections I've made at least partly through blogging? A case could be made that I have, over the last seven years, in fact benefited thusly. And that is something, isn't it?

But that's not the point of the article.

The point of the article, I guess, is to tell the world what stress the men of blogging are under as they seek to scoop one another in running the latest breaking news story on technology, the web, and sometimes even actual news.

Our fallen brethren are mentioned by name in the article - one that would probably have made their skin crawl in its light handling of a deep subject of life intertwined with Internet culture, and which one wins in the end.

It can be argued, can't it, on the day of Mr. Heston's death that blogs don't kill people; people kill people.

And mostly, bit by bit, we kill ourselves.

As I say goodbye yet again to Shelley, who it seems has posted a goodbye to weblogging -- something Shelley has done before and yet returned again to blog another day -- I wonder if this time she's gone from blogging for good.

I wouldn't blame her. I haven't even emailed her to ask. Because I think I already know her response.

I haven't been frequenting this place myself much these days, you see. For none of the reasons mentioned by the big boys of blogging in the NYT story, the blogscape doesn't appeal to me much anymore.

The blogosphere I once loved has become the Walmart of the net, always open, stocking shelves 24x7 with every non-original, mass-produced commodity anyone might think that they might want, everything known to man that he might, with half a brain and half-witted-attention, stumble upon and consume--quickly.

In other words - it's gotten pretty stupid around here.

We were once an agora of idea merchants, crafters of thought, offering tapestries of original wit, clay pots of humor. We came together here to barter, to banter, and to exercise our voice in the town square.

We came to make stories, not to report news.

And when all else failed, which it did often, we came to squeeze each others' melons.

I'm not here to wax anything, although I could go on. There are plenty of blog posts from elder bloggers telling the new headliners how it used to be.

Shelley and I aren't the only ones feeling like misfits. The news makers have been supplanted by the new stenographers. The story tellers have been run over by the reporters. The pros have taken the helm. Death of the amateur be not proud.

Except that it's not.

But like everything else, the net is cyclical. So I'll wait. Round and round we go. One by one they'll go. And some of us will make it through to the other side.

Meet me at the melons.

Labels: death by blogging, methinks thou doth protest too much, tell me a story, we came here to play

Be Careful What You Ask For

You know, three years ago, when you blog something quirky and you don't think twice (because you are just such a funny little unit) and that something you blog about is free hamsters (because your hamsters have just had a second round of babies, having eaten the first dozen babies), and you title your post Free Hamsters (because, again, you are SOOO freakin funny) and then, because you are a blogger of some renown, Google makes sure your free hamsters post comes up on the FIRST PAGE of google search results for the term Free Hamsters, and that the image of your free hamster babies (who are now long since gone, as Google's memory long outlives a hamster's puny 2-3 year lifespan) will remain forever in the number one spot for Google image results, that you ask yourself: Why the hell did I do that?

Because I am not kidding you: I get a phone call and a couple of emails each week asking for free baby hamsters -- or even baby hamsters that cost money -- because of these posts.

No I am not kidding you. A near seven-year blogging legacy, and the most traction I've gotten on any one post -- even surpassing the kathy sierra death deal -- is my baby hamster post.

What does that tell you about the Internets? George says maybe we should be in the hamster business. I think it's smarter than being in the Web 2.0 Business.

But as of today, right now, this moment in this house: WE DON'T HAVE ANY BABY HAMSTERS!!!!
Posted by Jeneane Sessum at 5:40 PM No comments:

Labels: GET YOUR OWN BABY HAMSTERS, having my baby, max and marshmallow, no free lunch, pet shops have hamsters too, please stop calling me
Newer Posts Older Posts Home
Subscribe to: Posts (Atom)