I ask you all to GO AWAY FROM HERE because I know you'll like me enough for sending you there to come back here. That is one thing we do that's different. David nails it in his talk. Thank you David!! That was quite a moment seeing my blog on the big screen. I don't think I can say I've ever seen that before. I am humbled. I am flushed even. I might call this feeling: "all a twitter!"

Thanks to Pirillo, I know what to do tomorrow.

Thanks Chris. My safety is in your hands tomorrow. ;-)

It is hump day after all.

You know what is SOOOO weird?

In a new feature from allied, I give you the hottest coupons on the net so that you can print my blog out and cut it up. This makes me happy in so many ways that I have a hard time explaining it. So, let's start with one for the kiddies!

Who loves Chuck-E-Cheese more than I do? Probably a million people (all under the age of 8). Don't forget to grab your 20 extra tokens with the purchase of a large piece of cardboard. OH! I mean pizza. And after you finish dining with everyone's favorite rat, you're sure to need this:

And I'm not saying anything, but don't forget this:

I made it through the day without acquiring anything.

I am working on the business model for this, because I'm finding in practice that non-acquisition is quite profitable. The no-acquisition approach streamlines supply chain management while reducing costs and driving profitability. All while wearing dirty underwear if you like.

I will launch this new model shortly and expect  to not be acquired by either Google or Yahoo within six months for $3.6 gazillion dollars. I've been right about a lot of things lately. I betting the farm on this one.

If you don't go read Tom's trilogy-worthy SuperTarget post, you're crazy. Ever been? Oh yeah. I lost my superstore hymen on Babies R' Us when Jenna was in the womb back in 1997. I had to sit down shortly after entering, suck a paper bag, and ask George to please take me home and never bring me back. Tom's Super Targshzzzzay adventure lasts a little longer than that. But it's worth the ride....

Time passed. I gave no further thought to my surgery. We began to develop a sense of the scope of the enterprise as, over the following days, we came upon small enclaves of human beings who had given up the idea of ever leaving SuperTarget. Loosely joined small groups watched ball, listened to Ipods, or gave birth. No one seemed upset, really. When asked, they offered vague, unfocused ideas about where they were from, or how long they’d been in SuperTarget. One man told us he’d found out that this store alone employed more Team Members than are employed by the governments of the states it traversed. Officials in Georgia, Tennessee and West Virginia had motions before their legislatures which would declare those states to be departments within SuperTarget. If passed, all public activity would cease, and citizens who were unwilling or unqualified to be Guests or Team Members would either have to relocate to another state, or be barcoded to be put on Clearance.

Landing on Thursday evening should be fun, as always. Sounds like we'll have some good beach weather on our trip to Rochester:

Thursday: Showers. Cooler with highs in the lower 50s. Southwest winds 15 to 20 mph...becoming west. Gusts up to 30 mph. Chance of rain 80 percent.

Thursday Night: Showers likely. A chance of snow showers after midnight. Lows in the mid 30s. Chance of precipitation 60 percent.

Saturday: Partly cloudy. Rain and snow showers likely in the morning...then a chance of showers in the afternoon. Highs in the mid 50s. Chance of precipitation 60 percent.

Saturday Night: Partly cloudy. A chance of showers in the evening. Lows in the upper 30s. Chance of rain 40 percent.

Sunday: Partly cloudy with a 30 percent chance of showers. Highs in the mid 50s.


You Can't Not Go Home Again.

Rochseter's going to be cold as a mofo

This makes it look even more inviting. And still:

You can't not go home again.

Bonus: The Guy from Buffalo

Tags: Rochester, End of the Line = Powered by Qumana

the problem with taking time off...

is time back on.

Don't forget to check out the contest over on ChickAdvisor (see Ali's blog) to win one of FIVE $100 Sephora Gift Certificates. Ooooo that's some good scratch for stuff that makes you look good.

Posted by Jeneane Sessum at 9:19 PM 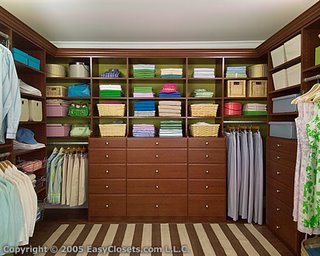 By now you know that I took the weekend off. For the first time in A YEAR I went totally offline for the weekend, unless you count SXSW, which I don't, because that was work despite the fact that it was a vacation. Since de-partnering last September from my previous Co-Foundership into year-long prosperous solohood, I haven't had a moment TO take off from work. But this weekend, I did. And I used it wisely: Cleaned the linen closet.

While in some households this might be a two-hour task, it's been 48 hours and counting, because our linen closets is one of our two 'catchall' closets in the house. Oh. My. God. Should you really have drugs more than 11 years old? I know they have a longer shelf-life than the drug companies would have you believe, but this time I got firm. Anything older than my pre-teen kid hit the trash. Towels from college--I graduated in 84, in a bag for those in need. Sheets from beds long gone--anyone have a dire need for full or double bed sheets, mismatched? Homeopathic, psychotropic, antispasmodic, prophylactic; you name it, it was in this closet. Four bed pans, and where the hell did that thing you measure urine output come from--how many surgeries ago? And CANDY? Mmmm. Two boxes of bandaids, one strip at a time, and at least 200 rubber bands on the floor. Q-tips? Fugetabouddit.

I liked it so much that I've decided to take next weekend off too!!! I'm going up to Rochester for my wonderful Aunt's birthday and retirement party with Jenna. George is taking care of our now: 2 dogs, 3 hamsters, 2 cats, and 1 fish. That's ANOTHER story for another day.

And lastly a question: Your female dog gets spayed. How long do you leave the Elizabethan Collar on, and how long before you let her go out and be herself in the yard all day? They said 10 days. She's stir crazy and tomorrow's 5 days. I figure, if I let the two dogs out separately, she should be okay, no? With E collar? Without? I'm getting tired of the pooping on the paper. Even more tired of the pooping on the wood floor.

By the way, I snuck in at the last minute and grabbed YouTube for $2 Billion. Just thought you should know.

[Note: The Photograph used in this post is merely a simulation of my organized home. It is most certainly NOT my organized home, as my home is a disaster, except for the linent closet. In the event of an actual organized home, you would be instructed where tune in your area. And it sho as shit wouldn't be here.]

Posted by Jeneane Sessum at 6:16 PM