you can't help it

Just as time knew to move on since the beginning
And the seasons know exactly when to change
Just as kindness knows no shame
Know through all your joy and pain
That I'll be loving you always.

-from "As" - Stevie Wonder
Posted by Jeneane Sessum at 7:26 PM No comments:

sorry, but that tree was majorly depressing.

changed the photo at the left. i couldn't take those naked branches and grey skies any longer.
Posted by Jeneane Sessum at 3:04 PM No comments: 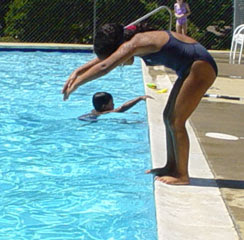 Two weeks ago she didn't know how to swim. Look at her go now! 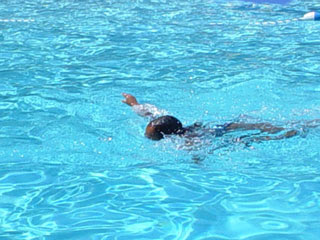 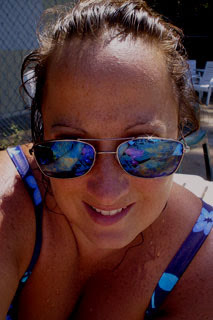 Being in and of the water and watching Jenna soak up good health and fresh air and friends is my solace. No asthma since swimming started. It has done wonders for her lung capacity. She can hold her breath for what seems like forever!

Two days ago she swam down to 7 feet and touched the bottom. "WOW!" she came up saying. "This is just like the ocean!"

This is what life is right now. Thinking, growing, understanding, loving, momming, sunning.... and waiting. 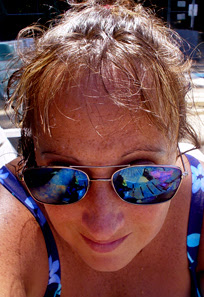 Posted by Jeneane Sessum at 10:21 PM No comments:

We could make it mandatory, maybe. Everyone must own at least one victim person on whom (which?) to take out their anger, aggression, and general ill mental health.

What's great about this idea is that realworld (meatspace for those who can stand the term) people could then leave Non Victim People (like you and me) safe and unharmed. And at the same time, when that nasty boss holds back the promotion you were deserving, you can take out your aggression in a truly healthy and spiritual way, as indicated in the Victim People's functionality listing:

"You dream it up and our fearless victim people are eager and ready to perform. "

Drop me from a plane. Hmmm. I hadn't thought of that. Excuse me, I must go now and have my first cup of coffee while I ponder the possibilities.

Posted by Jeneane Sessum at 9:11 AM No comments:

I can't get enough of this site tonight.

Note, the price was reduced from $60 to $65 recently. Math is not important to him. I think some of his brains leaked out.
Posted by Jeneane Sessum at 1:01 AM No comments:

That's the thing. Voices happening all around us, too many to parse, so I consciously shut down sometimes. Today, no. Been wide open all ears. Something sharp, glazed edges of cotton clouds. It was just after a storm, today, a nasty Tennessee drop-down storm that bent the trees horizontal left, then horizontal right. In these parts, that means hit the cellar. Some limbs down, enough leaves to sing autumn songs in July.

After, I took Jenna and her friend to the pool. Why not. Storm passes, you move, huh? We were alone there for an hour. Me saying, "Hey, pretend this is our mansion! This pool is all ours--you two are movie stars!" And they strut around in their racing-back Speedos, the kind Jenna says means "I'm a professional now."

A young man and his son come, something I wouldn't have noticed, but this 20-something-year-old was so loud, so animated with his boy that I had to notice. Still, I'm not one to say more than "Hey" to folks generally--asking the open ended questions too easily results in me being stung by the human condition.

So I watch the father jubilant with the boy, throwing him around the pool, running, breaking just about every rule written on the "What's Expected" rule sheet I received when I joined. He lets the little boy jump into the deep end while he's under water and the boy just about hits the wall when he jumps in. But he doesn't hit the wall. He's okay. My heart slows down. And they come up laughing and splashing and just sucking life right into their lungs.

By now I'm in the pool. Here we are, two parents, 20 years age difference, three kids playing some version of swim tag, looking like United Nations child embassadors, Jenna and her very-peach, light-haired friend, and their new Hispanic three-year-old friend, whose name, the Dad tells us, is Ramon. Like his. Two Ramon's.

Then I don't close down. I open instead, say, "He's a cutie. I remember him. He comes here sometimes?"

I remember I'd seen the boy at the pool the previous week with another family, and I remember the woman who brought him saying she was watching the boy because his mother was sick.

Ramon tells me how his wife was pregnant and had a siezure at 30 weeks, how the doctors had to deliver his little girl very prematurely, how his baby girl weighed just 3 pounds 10 ounces, how they brought her home from the hospital yesterday, how proud he is, how well the baby is doing, now 4 pounds 11 ounces. Today he brought little Ramon to the pool so he could give him some attention. It's been so hectic at their house.

You see, when his 24-year-old wife had the siezure that led to the premature delivery of their baby, the doctors did an MRI and found that the siezure had been caused by a brain tumor. At 24 she went from unconsciousness to a c-section to brain surgery.

"They got 90 percent of the tumor, they said, so we're really hoping, we're really gonna beat this thing, you know?"

"Man. Man. You've got the energy, the attitude. I can tell."

And I wasn't just saying that.

We talked for a while. Long enough for him to tell me that the reason he and his boy had shaved their heads was because they wanted to be a team with mommy who was losing her hair to chemo. Long enough for him to tell me he had stopped drinking when this happened--that he hadn't been drinking a lot, but that he knew with stress of these events the temptation to drink hard would have been impossible to resist. So he had to quit, and did a month ago.

"I bought a punching bag and hung it in the basement. That's my place to go."

I tell him that if he and his wife need little Ramon looked after, I'll watch the boy at the pool some weekdays. With the lifeguard and I both there, I'm sure he'll be safe, I say. He thanks me and tells me how kind people have been, and he holds the boy tighter.

"I appreciate it. I'll think about it. I've been so worried about him since all of this started up. I worry about every little thing that happens to him."

"I know, I would too, but you are doing so great, you two have such fun--I noticed that right away."

He smiles and throws Ramon about six feet in the air, and Ramon hangs for an instant in the sky and then splashes down hard. Soon the girls are there, "Throw me! Throw me!"

And suddenly kids are flying through the sky, one after the other, and as I lean my head back to watch them soar, I notice the edges of the clouds again.


Posted by Jeneane Sessum at 12:36 AM No comments:

I need a get rich quick scheme...

Anyone got a good one? Really--let me know. The furnace/AC man is coming tomorrow to begin the replacement--well the finance part of it--of the whole kit-and-kaboodle (which I thought until I was 34 was "kitten kaboodle." Apparently I wasn't alone).

What I need is a scheme, or a meme, or something.

Pork bellies? Magnets? Soybeans? Make-Up? What? Something's out there. It has to be.
Posted by Jeneane Sessum at 1:01 AM 1 comment:

they really make a statement.
Posted by Jeneane Sessum at 12:48 AM No comments:

Skinning a blog is fucking weird.

I've always had my blog set as my IE homepage, so when I open explorer, I go to my own blog. Used to be, when I jumped around more, and still is sometimes, that I'd hop from my blog to my favorite blogs off my own blogroll. But for the last long while my blog got so complex-looking that it began to resemble my mind, and, well, that's not a good thing. All jumbled and columnified. I couldn't keep track of what was going on anywhere but in the middle.

This is my first time with a two-column blog I think. Or at least in a long time. It's strange. When I open it, the words I see don't look like my words at all. Different font, different point-size. Different background. We really are branding ourselves--if only to ourselves--out here.

Posted by Jeneane Sessum at 12:10 AM No comments:

well, not funny ha-ha, but funny odd. I took some pics of the sundrenched me today--the first time I've taken pics in a while. You know, haven't kept a secret of the fact that I've been trying to get healthier, fitter, more relaxed despite some large looming life stress. So all of that isn't the funny part. The funny part, actually (again, not funny ha-ha) is as the new me blossoms, as these burdens I've been carrying--literally--a good part of my life transform into something different (not better or worse, but different), I actually am feeling better, doing better, and I don't really recognize my new face.

The face I see looks, well, a lot like my mother's, my mother whom I haven't talked to except accidentally for a year now, have seen just a couple of times. Not just like my mother's--my father is there oh for sure, and my Aunt Penny, yes, Hi Auntie--I see you in my face too! But, wshew, how do I say this, well: I don't recognize myself. My goodness. Let me introduce myself: Jeneane, meet Jeneane.

I wrote some time ago about not having permission to be beautiful growing up. That's the thing. I don't know if she meant it, and no, not consciously she didn't, I don't think--bear with me... I'm thinking this through as I go--but when I see me now without the influence of so much that has burdened me, I say, no wonder:

It was the her in me she had to cover up. It wasn't that I looked like him.

It was the her in me.

If she could know that she is lovable, or if she could have known that, I wonder how it would have been, well, different. Again, not better or worse, but different.

You are. You know? You are lovable. You are worthy of love and health and happiness. You are beautiful. No matter what.

So much learning, so much to learn. Fear not. I'm on the case. 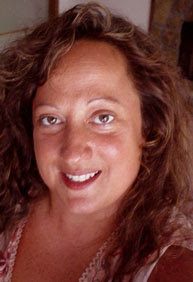 Posted by Jeneane Sessum at 9:50 PM No comments:

Posted by Jeneane Sessum at 2:56 PM No comments:

it wasn't anything really -- a send off for myself for a time, of sorts. But since I pulled my first post the other day (see below), I decided to pull this last one too. Actually, it's rather liberating pulling posts. Once you start, you just can't stop. Like Pringles. Or Ruffles. Or Truffles.

I wonder if I could pull all of them? No. Okay. Not now. But maybe.

If anyone needs a post pulled, I'll be happy to do it for you. I really enjoyed the rush of power of the grand undo. I wish it were that easy to undo everything.

best be off for a time.

Posted by Jeneane Sessum at 8:27 PM No comments: