Posted by Jeneane Sessum at 12:07 AM No comments:

the layoff thing - getting beyond denial

A friend remarked the other day that the only person we know with a "job" is one of our friends' husbands who works at The Home Depot.

But very few of the people I know have an actual job.

Somehow though, Atlanta keeps pretending. Denial is our specialty. People run here and there, get nails done, hair done, the gym done, the spa done. Hell, I'm one of them. By day we pretend it's going to be ok. By night, we hoard and joke about who has enough land for crops.

Three big restaurants in our immediate area are closed in the last six months. Two coffee shops still boast signs welcoming customers, but they're all but abandoned. Building projects have been halted in media res. It's beginning to look someone decided to bail half-way through prosperity.

Another friend was going by the Cobb County unemployment office on Monday. The parking lot there is not small. I was there seven years ago when I used a mutually-agreed-upon departure from BigPR to start my own business. There were no shortage of parking spaces even though the newly laid-off were plentiful then.

But on Monday, my friend said, the parking lot was not only full, but cars were parked on both sides of the road where it's located, up and down the street, no where to park.

That's not so good.

I was working at Starbucks yesterday (a knowledge worker, not a barista -- they have better benefits and work hours, trust me), and three ladies were at the table next to me. One said, "So what - I'll lose my house if I have to," and so I poked my nose in and said, "Did you get laid off?" They had 'the look.' I knew before I asked. She said all three of them had been laid off on Monday, along with 65 others. Small company, just down the street.

I told them it would be okay. They didn't look like they believed me.

It's not like the end of business as usual wasn't predicted. It's just that most of us didn't think it would happen all at once.

If you have a job, don't wait: Start your own business. Whatever you're good at, get better, get networked, and start taking on small projects where you can get them.

And someone wake Gary Turner, re: the blogtank--are we there yet?

Labels: scrambling for eggs and jobs 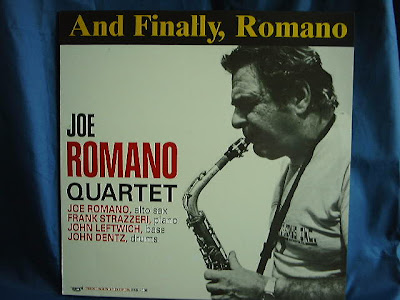 There aren't many musicians remaining of both the hardy stock and stubborn attitude required to survive the Rochester/national/international jazz scene from the time my father played it (1950s-60s) through the time my husband played it (1970s-90s).

The more of them we lose, the more loudly the loss resonates. The absence of a player's unique interpretation of sound and space can be deafening.

That's just one of the reasons why it's so hard for artists to live--period.

Joe died December 1st at 76 of lung cancer. My memories of hanging out after the gigs listening to Joe's special brand of humor haven't faded since the 80s. I could say a lot of things about him--about his musicianship, his edge, his, his tenacity. But instead, I'll simply say, so long Joe Romano.
Posted by Jeneane Sessum at 9:10 PM No comments:

Ok it's time to say something

First of all, I have glasses. I'm 46 years old and these are my first real glasses--the kind you wear all the time, the progressive lens type for people who can't see close or far away.

It reminds me of Halley's old snowglobe posts...

... they got me in and out of there fast as can be and in LESS than an hour and my glasses are a god send. I slipped them on and hell, it was like being high on dope with Oreos, with your best high school buddies and candles -- I am seeing things so much more clearly, I was amazed. I say to the glasses guys, "Whoa! I can really see with these things!" The manager says, "That's the idea!"

So I leave the mall, feeling so cool that I can see things -- like I can see my car in the parking lot, even before I attempt to open three other wrong Burgundy Camry's and before I have to bend down and braille-read the license plate. I'm just teasing, I'm not that bad. Well, almost.

I feel some sort of apology is in order - for my clients and myself. Blaming my fuzziness on menopause may have been inaccurate. I now realize I was fuzz-sighted. That's not near sighted or far sighted. That's when everything is blurred around the edges. 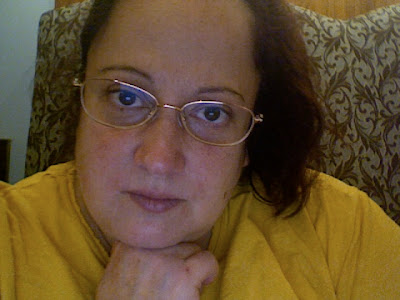 Now I look like a dork, but I have these lenses that make me feel like a kid, complete with feeling shorter. I wonder if that's my brain reconfiguring my perspective back to the last time I could see this well.