Get the crack pipe ready.

10,000 years after we become a species of coffee-colored perfect humans with large genitalia, our reliance on technology will turn us into.... bloggers.

While humans will reach their peak in 1000 years' time, 10,000 years later our reliance on technology will have begun to dramatically change our appearance.

Medicine will weaken our immune system and we will begin to appear more child-like.

Dr Curry said: "The report suggests that the future of man will be a story of the good, the bad and the ugly.

google say it aint so.
Posted by Jeneane Sessum at 1:52 PM

This is what blogging is.

People want to twitter instead. Do you? I don't want to twitter too much. People's writing is getting crappy because of Twitter. People who mostly twitter are not writing. If everyone only twittered for three months, everyone's writing would suck. Bad.

With any luck, we'll wander back to caring about what we write.

When you spend all your time shoveling snow and pizza...

...you'll probably come in last place among cities who blog.

you may want to shuffle off to a Bills game, but you won't be shuffling off to techmeme if you live in Buffalo.

Still Crazy After All These Years

I finally made the time to do it, and shelled out the sixty-seven dollars it costs to earn your freedom from America, even if temporarily. That's what it costs to get a passport if you have your passport but have let it expire. On the other hand if you don't have a passport at all, like the lady at the post office ahead of me, you have to make an appointment for another day, a couple of weeks away. And then you have to come back and pay a hundred bucks for return-of-the-Messiah delivery timeframe, or two-hundred bucks for faster-than-pony-express delivery service.

As I drove away from the post office, with Jenna's form in hand (yes, your kids now need passports to leave with you), I was thinking that I could let go of this place. I could leave this country that seems to be getting sicker by the day. That if in a year from now, our duly elected officials resemble the current configuration, I would have to go. Who could stay?

But since America has the monopoly on teh internets, everything will probably be okay. After all, we're not THAT far gone over here. Right? That is unless you read the latest Zogby poll on U.S.ians attitudes re: the net. Marshall Kirkpatrick breaks it down for us, calling U.S. attitudes "insane":

To summarize: an alarming percentage of respondents are open to brain implants that allow them to access the internet with their minds and that allow their children's locations to be tracked, they think government censorship of online video content is acceptable, the internet makes them feel closer to God and less close their significant others - but their own identities on the internet are not very important to them. This is frightening stuff.

I'll say. And don't forget the 92% who believe that aspiring gang members will fire weapons at their cars if they flash their headlights.

Isn't it great to be a superpower?

Posted by Jeneane Sessum at 8:44 PM 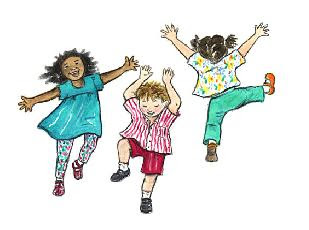 Google AdSense vs PayPerPost vs BlogAds - One Blogger's Story

At a time when Google is sharing even less of the pie with adsense partners than ever, I thought it opportune to report that BlogAds is still the way to go for small and indie publishers (the artists formerly known as bloggers). This finding is not the result of a probing quarterly earnings review. It's personal experience from my experiments with Google AdSense, BlogAds, and PayPerPost, the first two of which I've used for the last few years on and off.

I tried PayPerPost recently, but honestly, the hoops you have to jump in order to perform like a trained circus monkey so that your post meets the criteria for approval makes it hard for me to use PayPerPost. I'm glad PPP is around though. It's a great opportunity for bloggers who know how to punk out a post without selling their soul. There is no reason bloggers should rely on someone to write their ad copy for them--writing is what we do. And PPP lets you do that and get paid for it.

I have no ethical problems with PPP and the way it works now, but still - it takes lots of work to develop posts that are both interesting enough not to bore your readers to tears or insult their intelligence while still meeting the criteria associated with each ad post. This is not so much a PPP deficit as it is a Jeneane deficit. I can barely tie my shoes on a good day.

In my PPP experiment, I had 2 posts out of 4 approved to the tune of $49.55. Two of the posts I submitted were rejected for not meeting the criteria specified. Still, four posts worth of work for $50 isn't going to make anyone rich, but it's not bad money for relatively easy work.

I'm not sure the percentage of the ad money PPP keeps. If I were BlogAds or PayPerPost I'd sure be boasting that it's a lot more than Google, who I think is actually taking our money at this point:

I have been a Google Adsense partner for about four years now, although I just started using the ads again primarily because I am experimenting to see if anything's changed. Answer: not really. In my 4th year of partnering with Google, I'm just about due for my second $100 payment. You do the math: I average about $50 a year with Google. So $50 for 4 posts with PPP, or $50/year with Google.

With the price of gas, I'm not going far.

Enter BlogAds. Now, besides the fact that Henry is a smart and generally noble gentleman who invented the category, BlogAds is simply the best paying ad engine for the indie blogger. On the other side of the fence, it lets advertisers get very granular and targeted with their messages. Micro messages to micro markets. It works; that's why everyone else started to try to do it too.

The only criticism I have of blogads is that using the system to approve ads and set up hives is slow. It often seems bogged down, but patience wins out. Also, I wish there were a more interactive community of publishers sharing best practices for how to build hives and make your blog visible, about pricing, and about placement. But the bottom line is this: I make between $20 - $50 per ad with BlogAds.

So there you have it. On your average indie blog that's been around a few years and has a pretty good Google page rank and adequate Technorati rating and some loyal readers who aren't afraid to click, you can make the following (averages from personal experience):

Some people apparently have been able to sell links rather than ads. I don't know what the 'link for sale' process is like, but if someone had asked me if they could buy some HTML code from me for $50, I might have said yes. 'Cept nobody asked me. Probably a good thing. Apparently Google is further punishing publishers by slicing their Page Rank number for selling links. All this time I thought links were good. Dang.

Toby Bloomberg's got a great list of social media conferences coming up - and she starred the ones she'll be at. If you see her, say hi for me. Toby and I live in the same city, but don't see each other often enough.

Labels: we should meet to share a water toby

Pretty soon they'll be recalling more toys than they sell, in which case critical mass will shut down the toy industry and we'll go back to playing with paper airplanes. Who's with me?!

Bloggers Prepare to Take Some Time Off as Writer's Strike Looms

I feel a picket line comin' on.

Writers maintain they were shortchanged years ago when they agreed to a discounted pay formula for home video sales, only to see that business take off. And they're determined not to make the same mistake again as the digital revolution upends the entertainment industry.

matters at hand - light side

a video response to this.

The sidebar poll is almost over...

remember, if you don't vote, you can't complain!

Let there be Light! 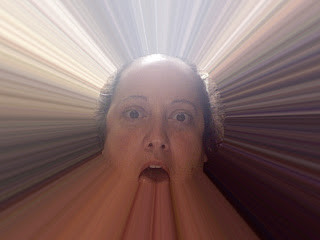 when all my blog friendz bought me this mac, i had no idea how much fun i could have playing at home on the internets.

My friends are like really the smartest people on the internets. Witness BMO BMO BMO, here asking some very important questions about light, dark, in, out, and getting things done vs doing something. If you're a professional organizer, a serial killer, or a circus monkey, feel free to give some advice to a friend who is in the dark. It's the right thing to do.

Labels: inside and outside, light and dark, like the first morning, mystery, video blow

Job Security, Or Back from the Brink

Australian grave diggers are now equipped with life saving defibrillators -- no, not in case the coroner was wrong, but for the funeral attendees who often succumb to their grieving.

"A lot of people who die are old, so the people who come to the services are frail and they are vulnerable anyway, and the additional stress of a funeral tips them over the edge,” Vicki Pridmore, chief executive of Melbourne’s Cheltenham cemeteries, told local newspapers on Friday.

Pridmore said a family or friend collapsed at a funeral every two months on average, so now gravediggers were being trained to use the new defibrillator.

Lucky
Originally uploaded by AKMA
Read AKMA. What an amazing portrait by Pippa. Incredible.
Posted by Jeneane Sessum at 8:10 PM