I hope you are back to feeling better soon, Karl. And seriously that is No Pun intended! Steroids are powerful stuff and can really help reduce inflammation and the associated pain. My thoughts are with ya! 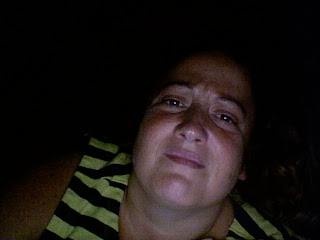 with one brain cell
covered in hair gel
you smell
like a jail cell.

forget the oil well.
you can't tell
if you feel well
unless you raise hell
before the school bell.

I guess I better pick this sucker up!
Posted by Jeneane Sessum at 11:24 PM No comments:

she gives wings to grief

I also remember how Wendy told me I would need to be careful not to feed him too much or too little. Too much would make it difficult to die, too little would make it more painful; the same with hydration. I thought that would be an impossible task, but I don’t think he lived too many days after that. I do remember my surprise when he asked for bagel pizzas and soda pop just hours before his seizure and he hadn’t eaten by mouth for days. I heated them up, made them into small bites, and he ate the whole thing. His last supper.

I remember sitting one afternoon, just him and me, making a list of all his favorite things. Like movies, and blueberry jelly bellies. I was compiling the list to use at his memorial service, but I didn’t tell him that.

After Tommy died, and I could find my voice, I made another round of telephone calls. His teachers came over from the school including Mr. Shipman, his favorite kindergarten teacher for whom he had a special love, and they all sat with his body for a bit. My sister, Marilyn arrived from San Francisco about an hour and a half after he died. I was so glad to have her there…no body else could have helped me send his body to the mortuary.

Grandma and Grandpa Smith came from their campground just moments after he left. They helped to get calls made to the Smith side of the family.

Wendy and Bill called the coroner and made sure the body was properly identified. And then they left. I asked them to come to the memorial service, and I received notes from all three, but I never saw them again.

Tommy’s body lay in his bed for about 5 hours. I’d come in and out of the room, putting away the clean laundry in his drawers. When I finished the last bit I told him, “It’s all clean now, you can pack a bag to go home.” I was glad to have time to see him still, not asleep. I could feel his body lose it’s heat. It helped me lose my fear of death.

Labels: grief, i am so so sorry, loss

i thought we were a little whacked when we bought katherding.com.

well lookie all these ICanHas domains.

If you missed out on the ICanHas craze, I wouldn't worry. Those domains will probably be re-available next year at this time when no one renews them.

i think i broke all these rules...

could that be why i'm so tired now?

nonetheless, newly-graduated ones who will NOT be returning back to the college classroom this Fall, take heed and read this post. Good tips include:
I STILL GET THIS ONE WRONG. The angst of the rest of my life waits for me when my eyelids come alive, including the: whyyyy soooo earrrrly? question.

The thing is, once you have a baby, and the a school-age child, you have to get up this early even if you don't work at a 9-5 job. So better get used to those early mornings. Maybe you'll be better at it than I am. 23 years post college graduation.

Labels: college, get a job, graduation, growing old, growing up, jobs from hell, omg not 7 a.m., take this job

is it bedtime yet? 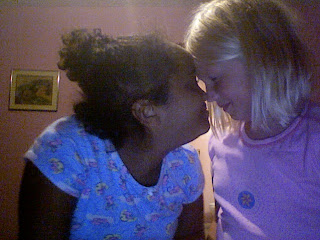 i was 22 when I met george. i was 24 when we got married. I have known him more than half my life. i have lived more years with him than without.

it is a strange and amazing thing, that point at which a couple crosses over the more-years-with-you-than-without-you chasm. it comes with a lot of tears, love, sweat, heart wrenching changes, holding on, letting go, figuring out, losing, finding, circling around, landing. maybe not for every couple, but for most of us who survive the perfect storms I think it's that way. the undoing of what was undone long before you ever came together, and then the placing pieces in new designs, a mosaic of wounds healing, a together together.

i'm not sure what we're doing for our anniversary; something quiet maybe. we're hoping to head to Savannah later in the month for a couple of days, Jenna in tow. I've never seen the Georgia coast. 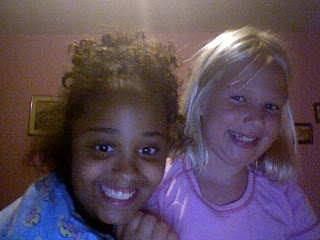 Winkie
Originally uploaded by AKMA
A Star is Born! Congratulations to Pippa, AKMA and Margaret's talented daughter!!!
Posted by Jeneane Sessum at 12:38 PM No comments:

stumbled upon a great list of phobias, which is always fun late at night. now we only need the web 2.0 version with fear of wikis and scobles and stuff.

From Tom comes this pointer to the Directory of Open Access Journals, a wonderful source and resource for READABLE-WITHOUT-PAY journals in many many subject areas. What an amazing find.

From the Mt. Sinai Journal of Medicine (article on cardiac catheterization stents here) to Music Theory Online, and that's only in the "M"s. Check out the Subject Tree.

Tom is a man with a mission, and we all benefit from his determination. Not to mention his humor and impressive library of titillating images.

How I spent my summer vacation. Thanks Tom!!
Posted by Jeneane Sessum at 7:51 PM No comments:

Blogging While Brown - Welcome to Atlanta

I hear from Karsh that Atlanta is home to the future Blogging While Brown Conference, scheduled for next summer. They even have a wiki, and a conference isn't a conference these days without a wiki.

Well it's damn TIME we do something useful here in Atlanta in the social media space. I just told George. He said, "Really? Cool!" I'm sure he could be talked into participating, presenting, or something. But you didn't hear that from me.

Having just paid the monthly renewal fee for Club Penguin today, I was interested to see that Disney just nabbed the tween-based social networking site for $350 million with another $350 million to follow if earnings targets are met.

All this time we thought the high-value social networking sites like FaceBook and MySpace that we old people started crashing was where the action is. Ha ha ha. The Internet's getting younger every day, friends.

Jenna, soon to be 10, first heard about Club Penguin from a friend at the beginning of summer. I've watched all summer as she's given out her penguin's name to one friend after another, telling kids who didn't know about the site to meet her there.

On Club Penguin, kids get their own penguins and a variety of objects for free. A monthly subscription of $5.95 (which we pay--making it the ONLY social networking site I give actual hard currency to) gives the kids personalization options, like the ability to decorate their own house, buy special items, etc.

At the beginning of the summer, I had never heard of Club Penguin. Today, our daughter and all of her friends are on Club Penguin. In fact right now, as I write this, they're IMing and skating around the rink like little furbies on steroids.

SO why did I -- expert on social networking and Internet savvy mom -- decide that club penguin was worth six bucks a month?

First of all, the range of activities for the kids is expansive. Ships come every so-many weeks and bring new games for them to play. She's learning tons about how to navigate online spaces. She takes pride in the intricate details of the houses she has built. She can play with her real world friends even when I don't have time to drive her around. I can work in relative peace. But MOST of all? It has a great safety record.

The kids go through a very good tutorial about what is okay and not okay on the site. They are empowered to alert the site of any other member who breaks the rules. So far, I have not seen problems, although it will be interesting to see if the site changes in any way now that the hand of Disney is inserted.

All of this is to say, I just told Jenna: Disney bought Club Penguin for $350 Million! And she ran off and called a friend and said, "Disney just bought club penguin--guess how much!? $350 MILLION DOLLARS!" And that friend just ran and told her brother. News is spreading fast.

Some fast facts about Club Penguin:

Score another one for the Canadians - Club Penguin is the brainchild of British Columbia-based New Horizon Interactive.

Club Penguin as the third most popular virtual world, while Second Life ranks 12th. Webkinz, the other site my daughter belongs to, is number 2. (Webkinz business model may be even more lucrative, with a realworld merchandising component involved since kids have to buy the stuffed animal to get a code for their online experience.)

Average age users are between 6 and 14.

Posted by Jeneane Sessum at 12:23 PM No comments: