Race Mixin' and Assassination Among the Africanized Bees

Apparently the Killer -- AKA "Africanized" -- Bees that were expected in Arkansas have arrived, courtesy of Texas. Just to humor yours truly, let's examine the many adjectives and descriptions the media uses to describe these AfricanIZED bees, kay? We have: aggressive, killer, unwanted, dangerous, swarming, assassinators, and more.

I see then. When you Africanize anything, that's what you get--swarming, crazy, dangerous killers who like to fuck with the Europeans. Gangs, if you will. Made up of large members with big members and a taste for Europeans honeys.

You may wonder, how did we get the Africanized Bees in the first place?

Swarms of the Africanized honey bees have been moving north since the accidental release of some bees in 1957 from a program in Brazil, where they were being bred to improve that country's domestic bees.

Hmmm. Wonder why they're not called killer Brazilian bees. I guess that would take the sting out of the media's subliminal titillation machine, eh? 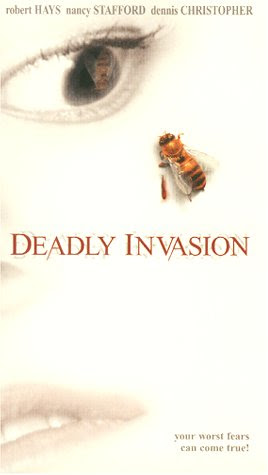 And then, of course, we have the reason that the well-hung Africanized bees have arrived in Arkansas in the first place:

Africanized bees have worked their way north by mating with European-strain queen bees.

Brings a whole new layer to the discussion around the birds and bees. Mommy, where do aggressive killer babies come from? Well honey, it's time we have a talk about the birds and Africanized bees.... 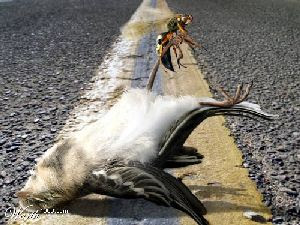 Of course, you may choose to believe the scientist over the media: "The perception is worse than the reality," he said. They "are not coming to get people."

Yes, well, someone better tell FOX News.
Posted by Jeneane Sessum at 10:28 AM