why they don't want palin to answer any questions

“So Sambo beat the bitch!”

--Sarah Palin on news of Obama's win over Hillary Clinton. 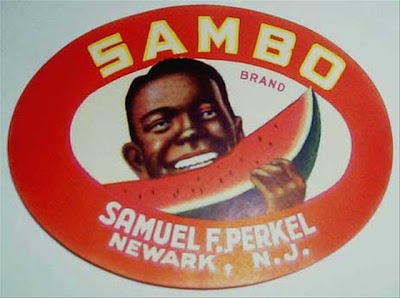 “Palin is a conniving, manipulative, a**hole,” someone who thinks these are positive traits in a governor told me, summing up Palin’s tenure in Alaska state and local politics.

“She’s a bigot, a racist, and a liar,” is the more blunt assessment of Arnold Gerstheimer who lived in Alaska until two years ago and is now a businessman in Idaho.

“Juneau is a small town; everybody knows everyone else,” he adds. “These stories about what she calls blacks and Eskimos, well, anyone not white and good looking actually, were around long before she became a glint in John McCain’s rheumy eyes. Why do I know they’re true? Because everyone who isn’t aboriginal or Indian in Alaska talks that way.”

“Sambo beat the bitch” may be everyday language up in the bush. Whether it – and the outlook, politics and worldview Palin reflects when she says such things in public – should be part of a presidential campaign is another thing altogether. The comment says as much about McCain as it does about Palin, and it says a lot of things about Americans who overlook such statements (as well as her record) and vote anyway for McCain.

Charley James is an American journalist, author and essayist who lives in Toronto.

Reprinted from The Progressive Curmudgeon

Posted by Jeneane Sessum at 9:30 PM