A moment of silence.

Sternbach, the inventor of a revolutionary new class of tranquilizers that included Valium, one of the first blockbuster "lifestyle" drugs, has died at his home in North Carolina. He was 97. Sternbach, an award-winning chemist who helped the Swiss dr 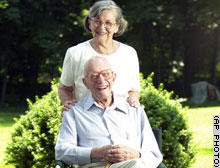 They Look So Happy.
Posted by Jeneane Sessum at 8:28 PM

Hello. I'm out blogging and came across yours. It's good. I have a couple as well. Keep up the good work!

Hey, nice job on the blog here. Some good ideas. Keep up the good work.