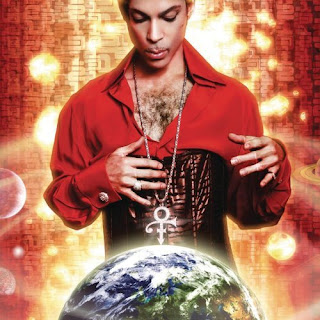 UK Bloggers, save me a copy of Prince's new album Planet Earth (old people still call these things albums), could you? Because you'll be getting it for free if you get the Sunday Mail, nearly a month before it's officially released.

Whooo, Prince knows how to cause a stir, fellas. The loud scream you heard was the collective coronary suffered by the record retailers in the UK, who are throwing some sticks and stones at the news that they won't be making any money off Prince's new product.

"It would be an insult to all those record stores who have supported Prince throughout his career," said aul Quirk, co-chairman of the U.K.'s Entertainment Retailers Association, who is in some serious need of media training. "It would be yet another example of the damaging covermount culture [anyone???] which is destroying any perception of value around recorded music. The Artist Formerly Known as Prince should know that with behavior like this he will soon be the Artist Formerly Available in Record Stores. And I say that to all the other artists who may be tempted to dally with the Mail on Sunday."

Lord let me wake up tomorrow on Prince's PR team so I can issue a release entitled: "I know you are but what am I."

Anyway, I'm wondering what Sony BMG UK is thinking -- reports being that Prince's people did an end-run on the label with the deal to giveg away product -- LOTS of product -- causing a hiccup in the payola food chain of this squeeky clean industry.

It's also rumored that Planet Earth will be given away for free at Prince's 21 scheduled UK shows--or at least to those who purchase tickets.