Jeff Jarvis has a post crying "foul" against those "playing the race card" in the now-appended NYC Transit Strike. (Disclosure: my deck didn't come with the race card--I was obviously ripped off!)

I admire the way Jeff Jarvis can reduce hundreds of years of American history into a curt post admonishing those with the audacity to bring up issues around the role of race and class in the political wrangling during the strike. Jeff says not fair. I say dogmatism is so much easier. Santa: In my stocking, please?

Now I almost understand, or at least not be surprised at, Sharpton and Roger Toussaint grasping at cheap shots try to spin this illegal strike, this act of unlawful thuggery against the people of New York. Toussaint is also playing the race card as he tries to summon the ghost of Rosa Parks onto MTA buses.

Well that's all wrapped up in a neat little journaljistic package, isn't it? It's that simple. Not fair for for Sharpton or Toussaint to raise the issue. They should put their cards back in those decks from whence they came and instead oogle the talking heads I have the misfortune to be watching just now on Fox News, chuckling their obnoxious mouths off over the imminent death of unions because of this latest NYC distraction from America as usual.

But here's the thing about Internet Journaljism: There's always someone who says it better and smarter than you. Take Tom Matrullo, in his post, Mass Transit Looses Its Johnson, referring to this fella. Read Tom's entire post.

Rather than reducing the matter, Tom does what he usually does: leaves us to continue the story within ourselves, our contexts, to make meaning. 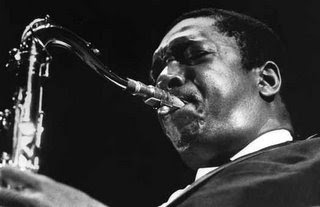 This is the difference between the journaljist, whose intent is to report stories tied up with neat Christmas bows for you to pack away with the ornaments and remember who sent them, and the journalist who is masterful at inspiring further thought.

It is the difference between talk radio and Coltrane.

That Johnson, a highly regarded writer about things current and intelligent (like the brain), could offer such a reductive view of the reality of New York labor is instructive. (In an earlier post he complains that there's no easy way to click on the web and find all the traffic cams along a certain route. The realm of slovenly atoms clearly has failed to live up to certain suddenly normalized expectations of ease aroused by our instaworld of clicks and codes.)

It's probably not by accident that Brooklyn is the first place the aliens erupt in Spielberg's . When one thinks of transit workers in New York, one thinks of people of "other" ethnic persuasions working underground. As far as anyone knows, they live there, breed there, die there. Except when they're on strike.

I wondered if Tom or Jeff had run into this article in Mass Transit News by Sara Kugler, which seems to play, uh, the reverse race card, with trademarked Fox News terms like Looting(TM), Rioting(TM), Fire(TM) - as in setting stuff on - and Bloomberg's newest: Thugish(TM).

If anyone came out looking good in New York's three-day transit strike, it was the city itself. 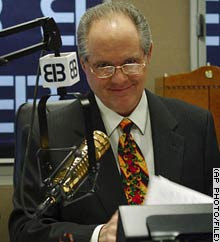 No one looted, rioted or set anything on fire. Transit workers who crossed picket lines before the strike ended Thursday were not attacked, although they were subjected to scorn by millions of stranded commuters who normally rely on the buses and subways of nation's largest public transportation system.

None of the workers or union members "looted," "rioted," "attacked," or "set anything on fire." But commuters "scorned."

(not on topic, but the first of the two right-column links to your poetry mss is broken (missing the ".com" in the link)

Thanks, Tom--I'll go check that out. Recent redesign must be the culprit. Since you're the only one who noticed, well, must be a hot item! ;-)